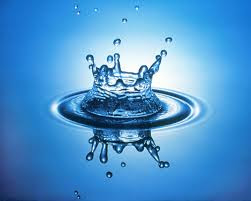 brought the water needed for agriculture. Rivers and seas offered opportunity for travel and commerce. Through erosion, runoffs played a major part in shaping the environment providing river valleys and deltas which provide rich soil and level ground for the establishment of population centers.

Humans require water that does not contain too many impurities. Common impurities include metal salts and/or harmful bacteria, such as Vibrio. Some solutes are acceptable and even desirable for taste enhancement and to provide needed electrolytes. The single largest freshwater resource suitable for drinking is the Lake Baikal in Siberia, which has a very low salt and calcium content and is very clean.